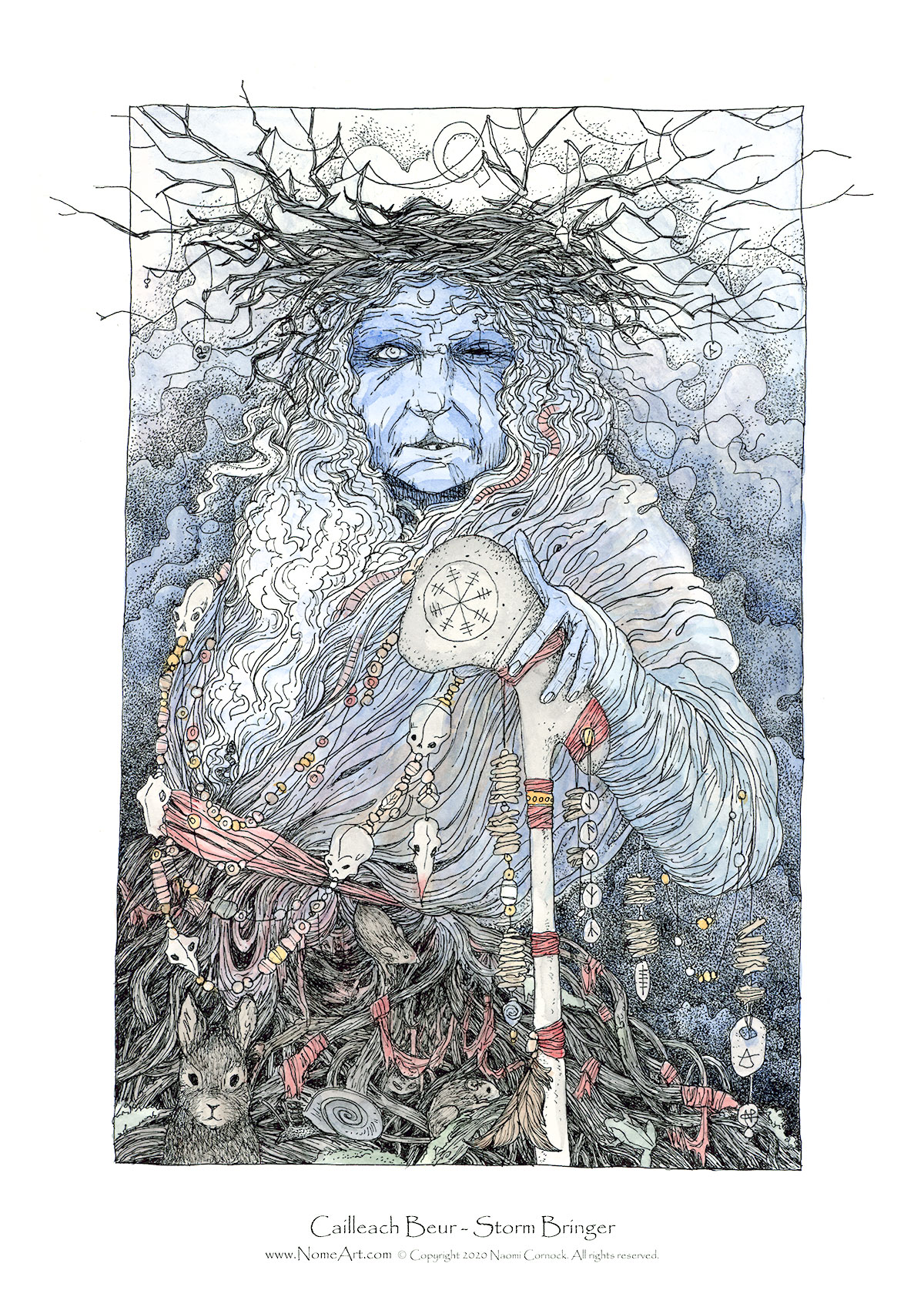 The Cailleach is recognised in Scotland, Ireland, and the Isle of Man, with her featuring in many a myth and legend as well as many places still dedicated to her within these regions.
She is seen as a seasonal goddess, the winter Crone, goddess of the cold and the winds, the Queen of Winter.
Associated with the last harvest festival on the celtic calendar, Samhain when she is known to wake up from her petrified stone state and stalk the land for the dark half of the year, bringing storms and the cold with her. She is the Veiled One, the storm hag or storm bringer.
The Cailleach appears primarily as a veiled old woman or hag with only one eye. Her skin pale or blue and her clothes adorned with skulls. She held a staff with a powerful hammer head, which she would use to level mountains, whip up deadly storms and freeze the ground wherever it touched.

One of the most common legends associated with the Cailleach is on Imbolc, the 1st of February. Legend says this is the point every year when the Cailleach runs out of firewood for the winter. If she wishes for winter to last longer, she makes the day sunny and bright for her collecting, but if she sleeps in the day is stormy and the task can not be done. So the tradition holds that if on February 1st the weather is inclement, winter will be shorter that year. But if the day is clear and bright, winter will return as the Cailleach has more wood to continue on. Come Beltaine the storm bringer returns to stone and Brigid takes up the mantle of goddess. She brings fertility to the growing season in her coupling with the sun god. In turn she will give way again for the Cailleach at Samhain, so the circle is complete, the seasons ever change and the wheel turns.