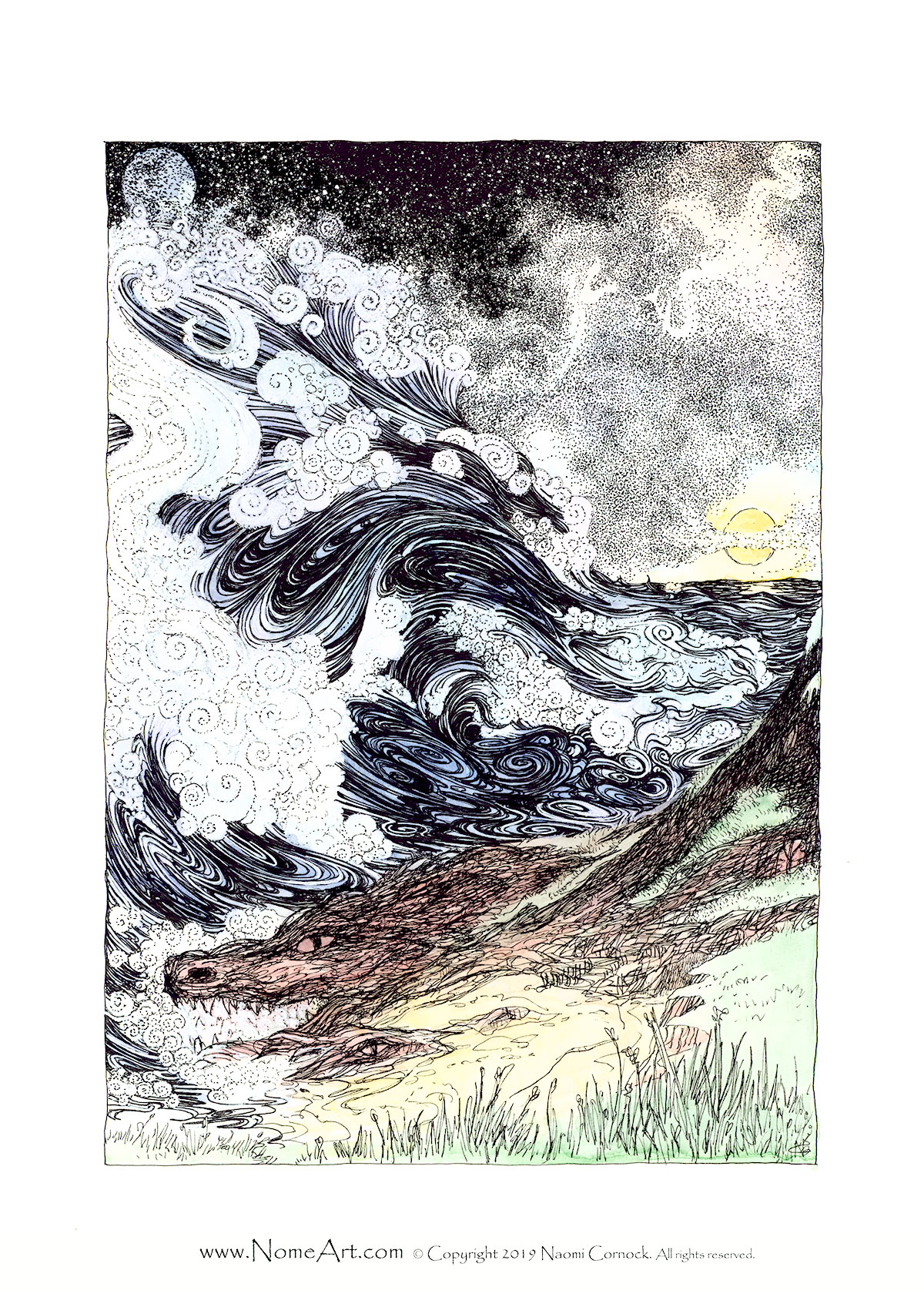 Dragon symbolism plays heavily in the legends of the Celts where it is associated with all four elements and cardinal directions. To the Druids, Dragons represented vitality, the spiritual self, ancient wisdom and the power of creation. Stories of Dragons protecting the secret and sacred entryways to other realms are common in Celtic and Druid folklore.

Dragons are also often closely associated with sovereignty and belonging, so it’s no surprise that the Welsh people chose a Red Dragon for their flag. The motto roughly translates as ‘the Red Dragon leads us’. Dragons for all their awe inspiring magical power, are often perceived to have strong benevolent tendencies, only harming when evil rears its ugly head.

To dragon I ask, guide me to listen to the ancient wisdom of the old ways