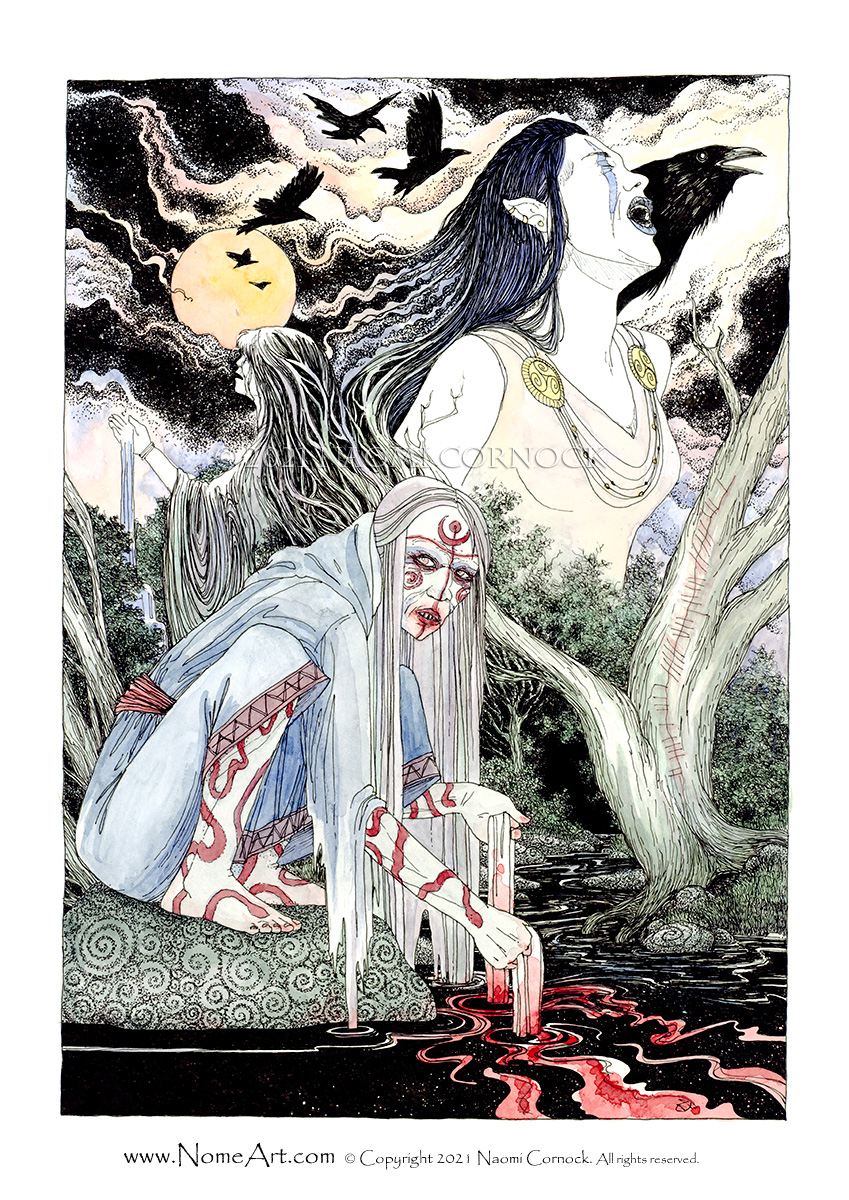 This piece was a request from a beautiful soul sister from America. She connects deeply with the Morrigan and the fae and so it was not surprising that the Banshee called to her, as she is both goddess crone and fae spirit.

The Banshee originates in Irish legend and folk lore, she is sometimes described as a fae spirit who can appear as an old washer woman washing the blood from fallen warriors armour or as a wail in the woods as warning of coming death to a family, a mourning woman in black rags lamenting her loss, and other variations as harbinger of death.

I see her as the goddess in her many guises, in this aspect she honours the passing of others in her beautiful lament, she sings of lives well lived, the sorrow of loss and to the gratitude for all the loving memories. She is the crone who has seen much and sings softly of lives well lived and deeds well done. She is the mother in full flow as she calls the tribes together to hold space for others, and she is the fresh maiden who lifts her clear voice and sings of hopes and adventures to come for those who live on.

The Banshee I honour your song as you have honoured our passing through the ages of time.