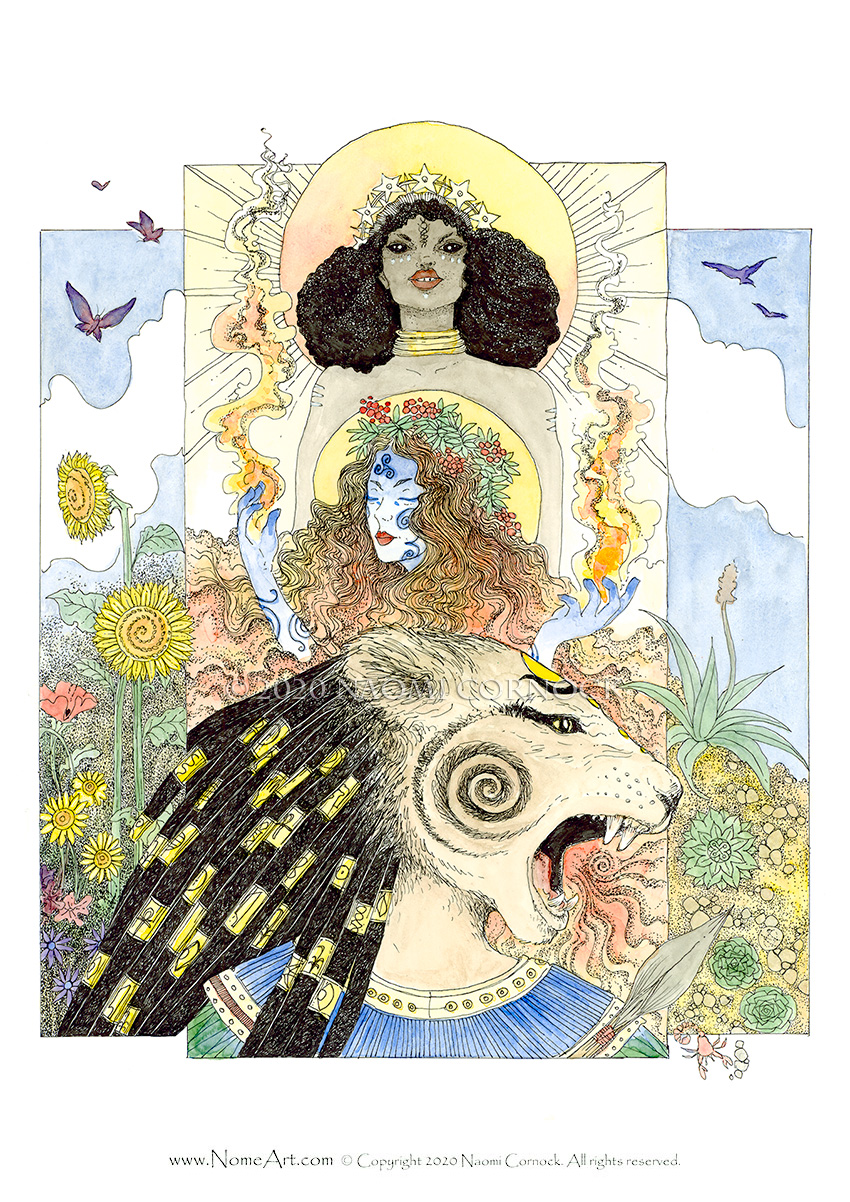 Arinna, Brigid and Sekhmet a bit of sun goddess energy. This image I completed for a talented and magical writer Stephanie Woodfield who wished a fiery cover for her book ‘Drawing Down the Sun – Reclaiming the Magic of the Solar Goddesses’ … It was as usual perfect magical timing as we were in the midst of the Pandemic and energies were muddied and confused, my inner fire just cooling embers. So to cut through the mirk and shine some light on my soul I chose to embrace these three goddesses.
Arinna also known as Arinniti is an ancient Hittite sun goddess and is both benevolent and harsh as the land in the desert peoples recognised the sun is a giver and taker of life.
Brigid/ Bride the ‘Exalted One’ is an Irish, Scottish and British celtic fire goddess and is connected to the beginning of spring and return of the sun. She is a formidable triple goddess and is holder of creative energies.
Sekhmet ‘The Mighty One’ is an Egyptian sun goddess often associated with the sun at her full power, at her brightest, the mid day sun. She is portrayed with the head of the lion and is associated with war as much as with healing, also known as the physician’s goddess. Again she reflects oppositional powers, embodying the life giving rays of fertility and growth as well as scorching and desolating killing rays of the desert sun.
All three goddesses embody the destructive and life giving aspects of solar fire energy and are revered as much as respected for their powers of creation, destruction and transformation. When you feel you are depleted and your inner fire is low, honour the goddesses of the sun and bring light and heat back into your soul. 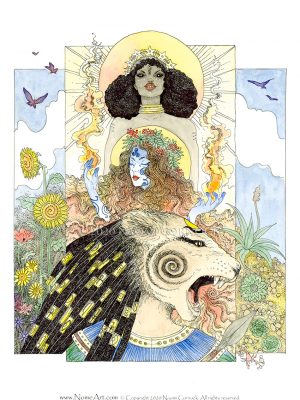 Goddesses of Fire and Sun
A4 Print
A4 Giclee Printed on 100% Cotton Watercolour Paper
£15.00

Goddesses of Fire and Sun
A3 Print
A3 Giclee Printed on 100% Cotton Watercolour Paper
£30.00