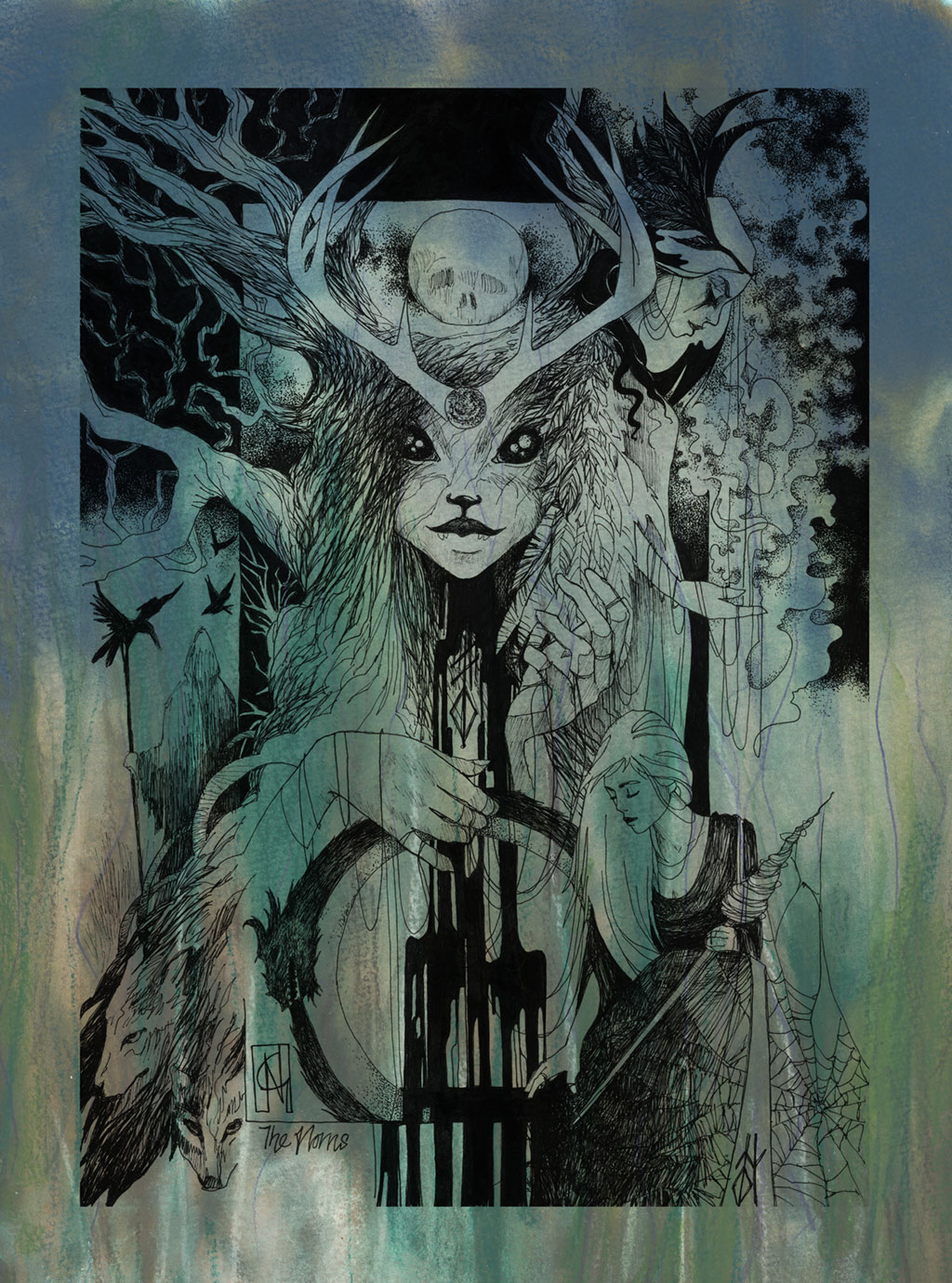 The Norns
The three known as Wyrd (Urd), Verdandi and Skuld

Skuld the maiden (future/necessity) “that which shall be”. She doesn’t directly represent the future exactly, but more the consequences of the actions of the past and present, similar to the concept of Karma in the Asian philosophies.

Verdandi the mother (present) “that which is coming”

Urd the crone (past) “that which became”. She is the principle caretaker of the well of fate, also called Urd.

Everyday till Ragnarok the Norns pour water from the well on Yggdrasil to keep its branches from rotting then weave the life threads of men and gods into a web of fate, they also write runes on the roots of Yggdrasil, effecting the fates of the gods and the nine worlds.

Be aware in Norse mythology these are the Wyrd sisters, “sisters of fate” and don’t directly correlate with the concept of chronological time, as do the Greek Fates.
I call upon them when I do readings, to help with focus and clarity, especially if I am mirror or water skrying.