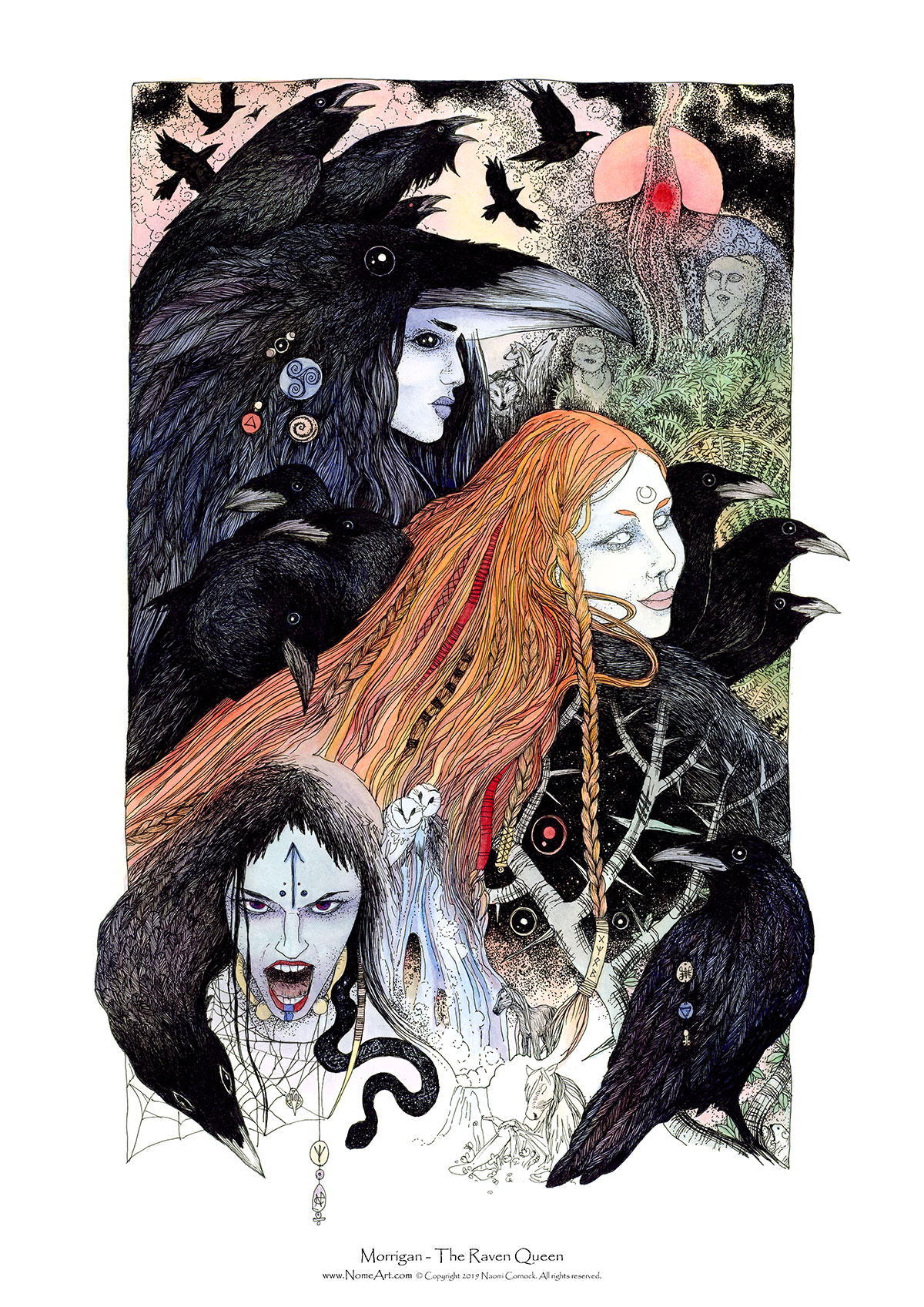 The Morrigan is a triune goddess, three entities in one, the maiden, the mother, the crone. She is the young shield maiden, the clever and nimble shape shifter. She is the fiery mother who will fight to protect the weak and helpless. She is the battle herald and crone, phantom queen of death and transformation.

This piece of sacred art has been created so that when we need to fight for life, for the earth, for our children, we will find the strength here with The Morrigu.

I call you raven queen, for strength against adversity, to be battle ready, for times when I need to stand strong, protect and defend.

For this piece of sacred art I chose Boa Island as the place and space to manifest The Morrigan being named after Badhbh (sometimes spelled, Badb), island of the Morrigan, the battle goddess. In the background of the image I placed the Janus stone and the Sheela Ne Gig Stone (now found together in Caldragh graveyard on Boa Island) on either side of a phoenix figure, rising  as flame and smoke would from a battle field, transforming the moon blood red in honour of the fallen.

I have called on the power of the crows and ravens and have used them to accompany her, nine ravens, three for each aspect of the great queen. I have also embedded other animals in the image that she often chose to take the form of, in order to influence the lives of men and women.

I have also included a waterfall as the Morrigan is strongly linked with the element of water and was known to wash the armour of the men who were to do battle, heralding their deaths with the lament of a Banshee.

At the base of the waterfall is a sleeping figure, half donkey half man, the dreaming shaman on a midsummer’s eve. Above his head is a spine of Blackthorn with stars and eyes appearing through the blackest night.

While creating the last parts of this piece I used an invocation chant to call The Morrigan. It was written by Dave Rankine and was shared with me by a friend. If anyone wishes to use it when calling the goddess through this image, should use it with honour and integrity. It is to be repeated three times  to complete the invocation.