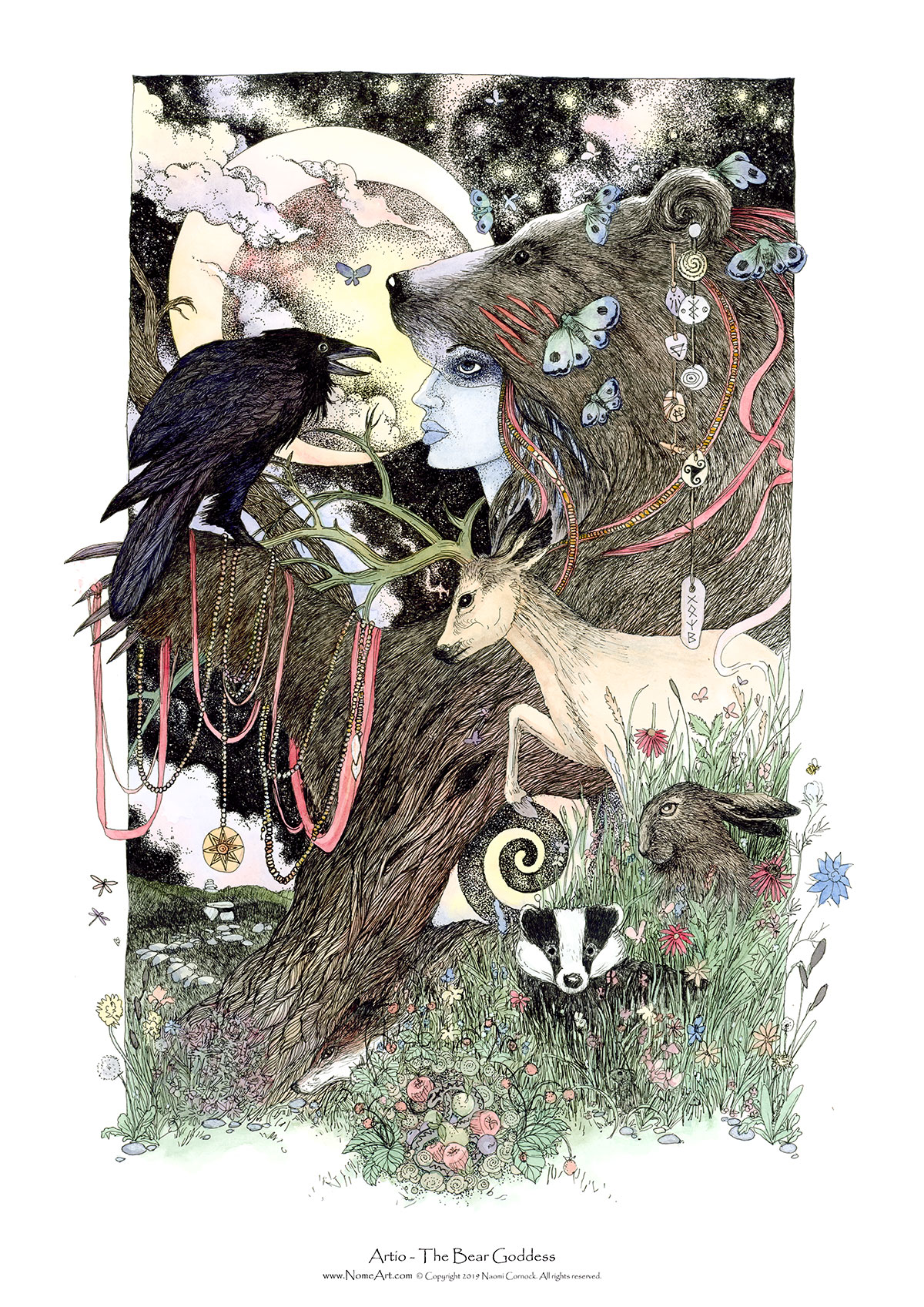 My path to Artio

I walk the high moor to the hill of the White Horse to seek the guidance of mother bear.

I tread the path of the ancestors to find the wisdom in nature there.

She teaches me to journey into the caves of inner space,

And shows me I will emerge with deeper knowledge of place.

And so I say to the goddess of the forgotten wild days,

I will forever honour and thank you for teaching me wisdom of the old ways.

Artio is the wild Bear Goddess worshipped by the Celtic tribes of Northern Europe. She is often seen to share some aspects other Goddesses of the Hunt like Diana or Artemis, but her origins could be even older than these manifestations. Some believe the bear to be one of the oldest European deities, as bones and skulls of bears have been found lovingly arranged on niches in caves inhabited by prehistory man across Europe. Further evidence of Artio’s ancient origins is found in the first written sentence from the “Old Europe Script”, invented around 6,000 years ago, long before the Celts arrived, reading “The Bear Goddess and the Bird Goddess are the Bear Goddess indeed.” As the years moved on and Christianity took hold in Europe, many Goddesses changed their forms to that of saint, and It is very possible that Saint Ursula, whose name is the latinised form of the Saxon ‘Ursel’ (‘She Bear’) is a Christianised version of Artio.

I see Artio more like Elen of the Ways a true wild goddess and the embodiment of nature in all its abundant glory, a giver of life. I know her as a protector – like a mother bear who fiercely protects her cubs and as a guide for those who wish to follow the paths of deeper knowledge and transformation.  As the female bear conceives in the autumn, going into hibernation pregnant, journeying in the darkness and emerging in the spring, reborn and transformed, so does the shaman return with new wisdom and insights to share with the world.

When Artio calls your name, know that you are protected and the universe always provides what is  needed. Take time for rest, for reverie, introspection that leads to expansion. Feel yourself transform as you gain a fuller and deeper connection to the natural world and therefor a deeper understanding of your own truth. 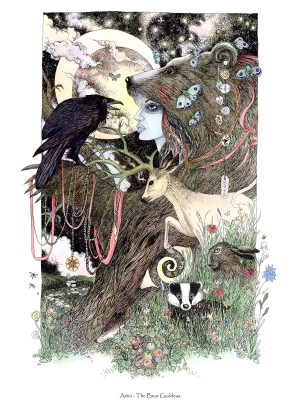