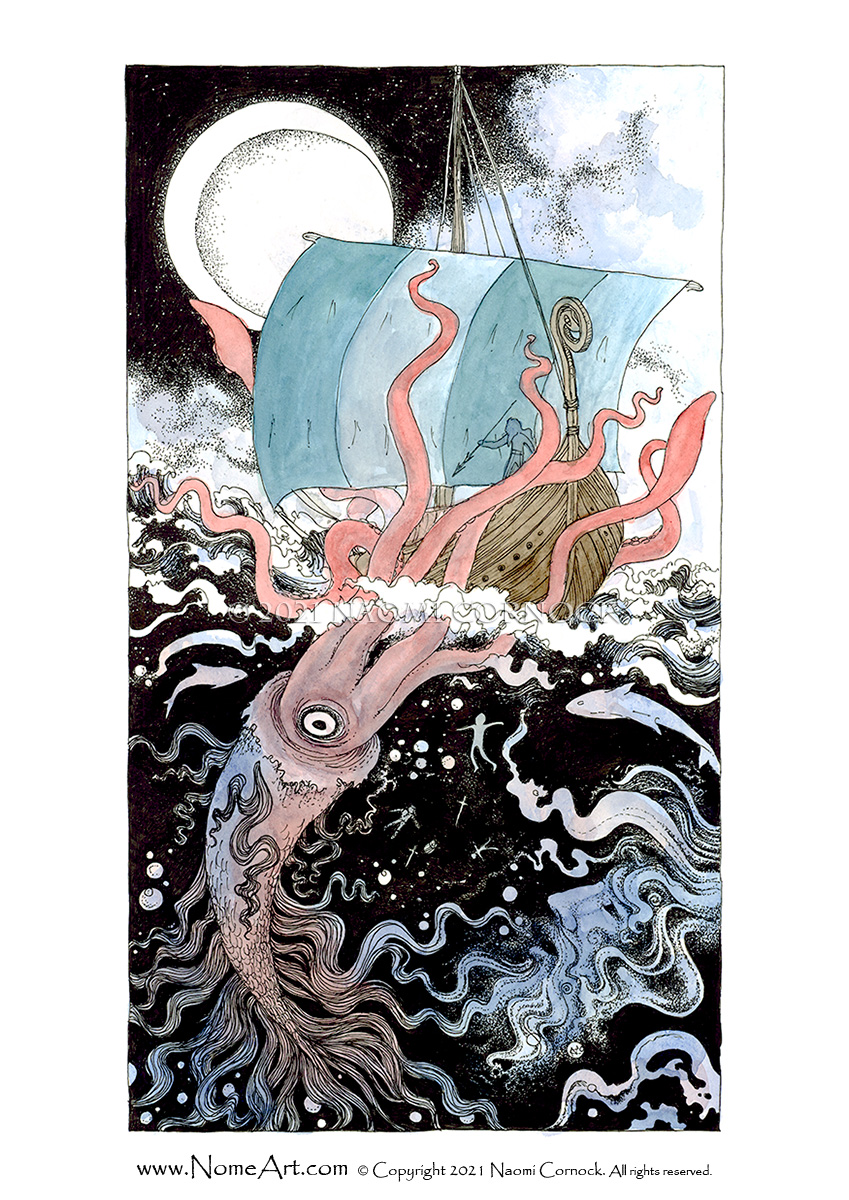 Beneath the cold Moons’ joyless stare
The outline of the beast appeared.
Its’ tendrils coiled into the air,
As its’ gruesome head it reared.

Around the longships’ mast it whipped
Tentacles that were immense.
The tattered sail the monster ripped,
And thrust it to the waters, dense.

The Norsemen, using sword and hook,
Fought with all their frenzied might.
Battled, as the longship shook,
Through the black unearthly night.

The Longship by Sean Mychael Rice

I loved painting the Kraken a monster of the depths with legends and stories told of it in different forms throughout the world. I still believe it resides under the ice packs of the arctic and as the ice melts will be released upon the world to inspire fear and awe once again!