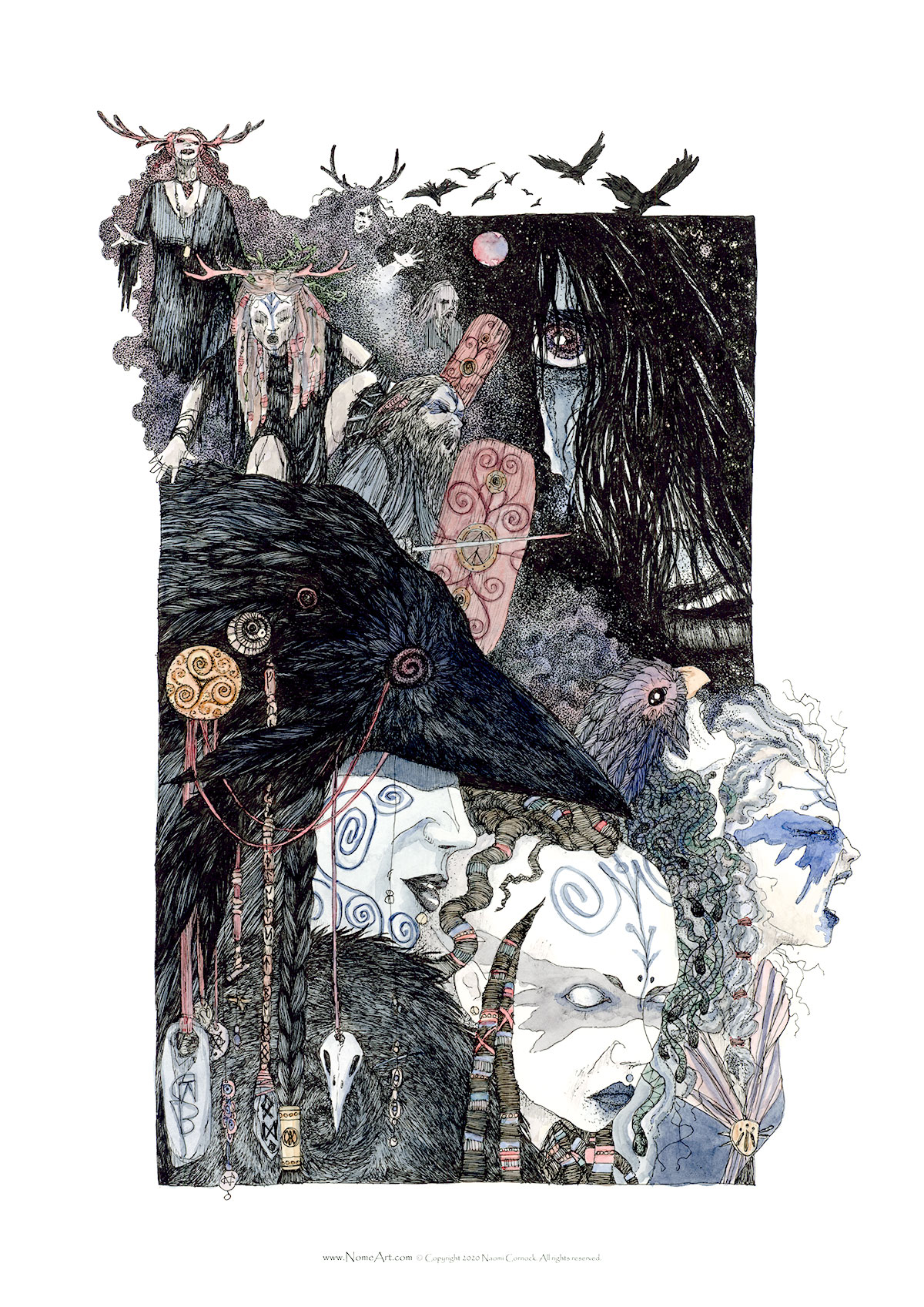 This is the third image in the Boudicca story and is the image I Personally feel most connected to as it depicts the battle for the island of Anglesey between the invading Romans and the last of the Druids. It was a last stand of the guardians of the groves and will forever be remembered with love, pride and sorrow. This piece brought up many experiences for me in meditation and in spiritual journey I relived the battle as my ancestors did.
The description from the Roman scribe talked of Druids chanting from the beach front, as the black figures of raggedy women dressed in black rags darted through the ranks of warriors as they beat their shields and bellowed their battle cries.
For me the vision was much more… We were enraged and desperate, this was the last stand and we all knew it, we also knew past the battle the anger against brutality and injustice, our sacrifice would strengthen the land and although victory came to the usurpers now, the land would be strengthened with our blood and spirit, and in the end the people would live with the land as one again.

Meanwhile, an island far away
Kept the Roman troops at bay.
Mona was a holy place
Revered by all the Celtic race.

Seutonius, led the Romans there –
To destroy, and none to spare;
To end the practices of yore
To wipe them out forever-more.