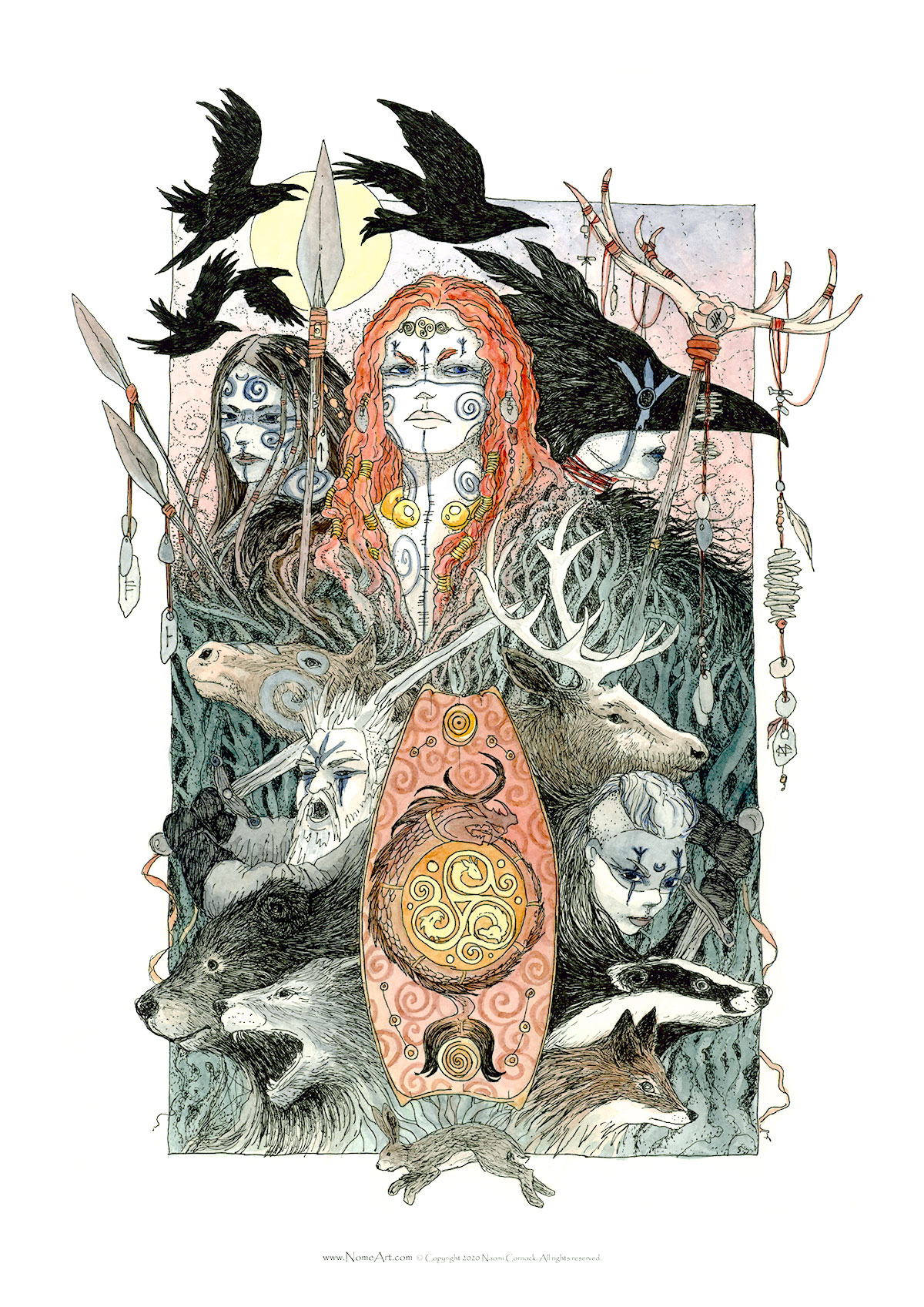 This is the second image in the Boudicca series depicts Boudicca going to war. She is flanked by a warrior one one side and Druid seer on the other. Surrounding her shield of protection and defence are the spirits of the land, the guardians of Albion. They also represent some of the tribes of ancient Britain that rose up against the Roman invaders and tyrants. In this image I wanted to portray the courage and steadfast determination of Boudicca as she rode to battle.