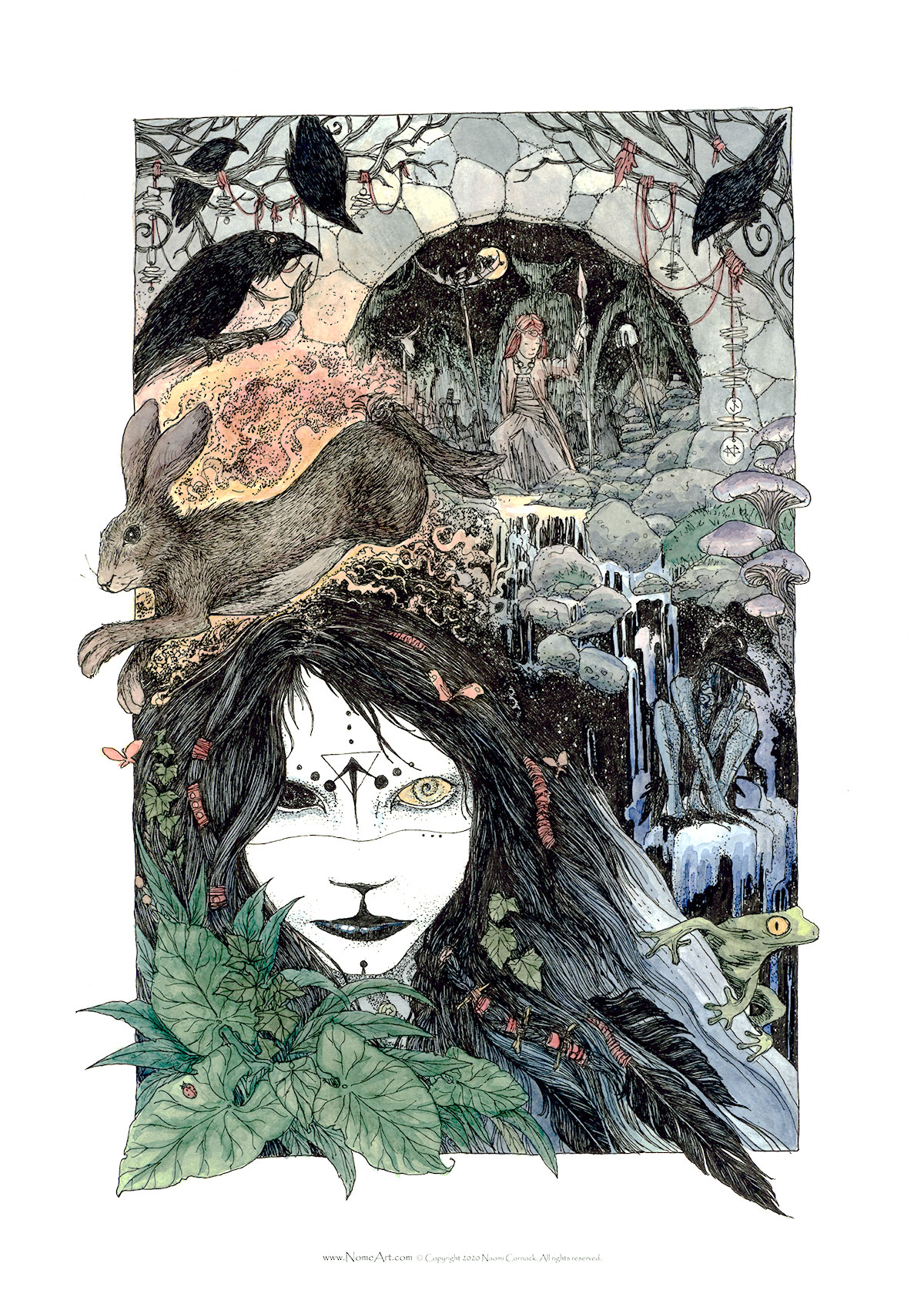 Boudicca’s story is told through three separate images, the last of which became a powerful retelling of my own ancestral experiences. When I had this opportunity to explore the story of Boudicca and the fall of the Druids more closely through Sean’s poem I jumped at it, as a woman and as a pagan it has been a story of tragedy, triumph and sacrifice.

“Upon her knees, the queen, she fell;

Made supplications by the well –

For the gods to send their aid;

Beside the altar stone she prayed.

You bring me victory in war!”

This first image is of Boudicca calling to the goddess of Victory Andraste, at her temple in Epping Forest. When she asked the goddess and the spirits of the land to aide the tribes to rise up and defeat the Romans she released a hare as offering for victory.